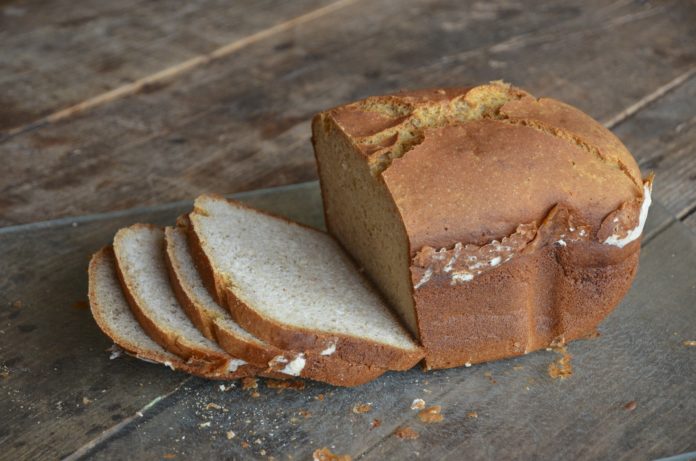 Celiac disease is an inflammatory disorder of the small bowel occurring in genetically susceptible individuals and it results from intolerance to the gluten component of the diet. These proteins are also found in Wheat, rye, barley, and to a lesser extent in oats. It can result in malabsorptive syndrome and responds to a gluten free diet. This condition occurs worldwide but is more common in Europeans.

WHAT IS CELIAC DISEASE?

Celiac disease is an inflammatory disease that occurs in the small intestine. The people suffering from this disease have a genetic tendency to develop this disease and it occurs as a result of eating the‘ gluten component’ of the diet which is present in Wheat, Rye, and many other dietary products. These immunological responses due to gluten play a key role in causing inflammation of Small intestinal mucosa and cause disease. First degree relatives are more prone to disease. It occurs in HLA DQ2 and HLA DQ8 positive people.

people suffering from Celiac disease have high titers of antibodies circulating in their blood. These antibodies are anti endomysial antibodies and Anti tissue transglutaminase antibody. these are diagnosed with the help of simple blood test which your doctor will offer. Your doctor may ask you to continue the gluten containing diet as the tests are more sensitive in periods of having gluten containing diet. Your doctor may recommend you not to start a gluten free diet unless the diagnosis results are positive.

Complete blood Examination is a screening test for celiac disease diagnosis. During complete blood count, the doctor will ask you to attend a laboratory worker and he will draw a sample of blood from your veins typically the elbow region. This test may be sometimes painful regarding celiac disease diagnosis as the puncture will cause pain but it will Heal on its own two to three days later. The test will help to diagnose anti endomysial antibodies and anti-tissue transglutaminase antibody in the blood samples of the people suffering from celiac disease.

A full blood count may also show anemia which may be microcytic anemia or macrocytic anemia. People may have iron or Folic acid deficiency which may be detected incomplete blood count for disease diagnosis. There may be signs of hyposplenism which include target cells, spherocytes, and Howell Jolly bodies in samples of blood for disease diagnosis.

Small intestinal biopsy is the gold standard test for celiac disease diagnosis. it is a confirmatory test for the diagnosis and is performed with the help of an endoscopic camera which is a thin flexible tube with a light at one end and camera at other ends. This endoscope tube is inserted via mouth and is passed downwards to your intestine and your duodenal part of the intestine to obtain the sample of intestine for celiac disease diagnosis. Before starting the endoscopy, local or general anesthesia is given so as to relax the muscle groups from where the camera and tube are to be passed, a sedative also is given to relax you down.

Endoscopic appearance should not preclude biopsy as the mucosa may look normal. There may be patchy inflammation of the intestinal mucosa and more than 4 biopsies from the second part of the intestine and one from the duodenal bulb should be obtained for confirmation of disease diagnosis. You may see the atrophy of intestinal Villi and hypertrophy of the crypts in the mucosa. Sometimes the intestinal wall will appear normal but there is a large number of intraepithelial lymphocytes which are called ‘lymphocytic duodenitis’.

Antibodies test is a screening test in patients with diarrhea or similar suggestive symptoms which are not Diagnostic substitutes for Small intestinal biopsy. Currently, 2 antibodies are detected which are tissue transglutaminase at anti endomysial antibodies. if the antibodies screen is positive the patient should remain on gluten free diet until a duodenal biopsy is taken which is a confirmatory test.

Biochemical analysis for the disease diagnosis is considered. These biochemical tests include the reduced concentrations of calcium, magnesium, iron, protein, albumin, and Vitamin D. serum IgA measurement is also required so as to ensure an appropriate IgA response and to allow the proper celiac disease diagnosis.

Here Is How Olive Oil Can Replace Some Of Your Skincare...

Thomas Green - September 22, 2020 0
A rise in cruelty-free beauty aesthetics has made the world push towards a green beauty lifestyle. Of all the oils we know, olive oil...

Here Is How Olive Oil Can Replace Some Of Your Skincare...

Here Is How Olive Oil Can Replace Some Of Your Skincare Products: Home Remedies For Your Skin

A rise in cruelty-free beauty aesthetics has made the world push towards a green beauty lifestyle. Of all the oils we know, olive oil...
View Post
What's New

The road to recovery comes with several hindrances and obstacles. Breaking free from an addiction is tough, and there are no shortcuts to healing....
View Post
What's New

Exercising is undoubtedly a vital activity to remain fit and helps in the flexible movement of our muscles. This movement further works your body...
View Post
Eyes Health

You probably have heard about the double eyelid surgery. It's one of the most popular surgery procedures in Asia and increasingly across the world....
View Post

The road to recovery comes with several hindrances and obstacles. Breaking free from an addiction is tough, and there are no shortcuts to healing....
View Post
What's New

Exercising is undoubtedly a vital activity to remain fit and helps in the flexible movement of our muscles. This movement further works your body...
View Post
What's New

All You Need To Know About Maintaining A Healthy Digestive Tract

Overview Your digestive system is a crucial aspect of your healthy functioning. If this system breaks down or starts performing poorly for some reason, it...
View Post