Cardiovascular diseases give rise to a relatively limited range of different symptoms. However, to rule out the correct diagnosis of heart disease, there needs careful analysis of the factors that promote the heart symptoms, the subtitle differences, and how the patient describes the heart symptoms. 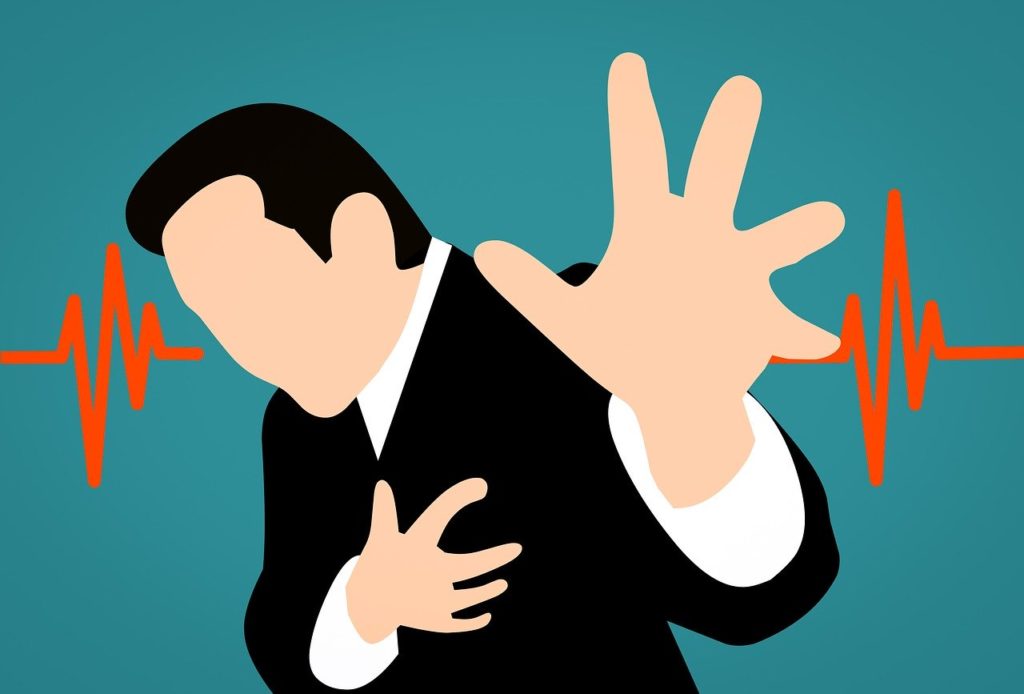 Substernal chest pain of 5 to 20 minutes duration occurs in stable angina. It Refers to chest pain due to myocardial ischemia and is due to fixed stenosis of arteries. The pain of stable angina is relieved by rest or nitrates and is increased by physical exertion, cold exposure, emotional Trigger, heavy meals. The pain is the main heart disease symptoms and radiates to the left arm, jaw, and neck and is associated with nausea, vomiting, sweating, and head lightness…

The acute coronary syndrome occurs due to plaque formation in the arteries which causes narrowing of arteries and superimposed thrombus formation. The mechanical feature of the acute coronary syndrome is chest pain which is retrosternal in nature and radiates to arms, neck, and jaw. The pain is associated with vomiting, loss of consciousness, and difficulty in breathing. The pain is more severe and lasts more than 30 minutes as compared to angina pectoris whose pain lasts only 10 to 15 minutes. The pain is constructing or compressing and it is not relieved by nitrates or rest.

Congestive cardiac failure is the condition in which the heart is not able to pump the blood required to meet the oxygen demand of tissues and organs. Left heart failure is the most common type of heart failure and it occurs because the heart cannot eject blood into tissues and organs. Chest pain is the main heart disease symptoms for congestive cardiac failure.

Atrial fibrillation is one of the most common sustained Cardiac arrhythmia cardiac. Arrhythmia means the heart is not able to maintain its normal sinus rhythm. Multiple foci are created within the Atria that fire continuously in a haphazard manner and it causes irregular pulse within and the patient suffers palpitations. If you check the pulse, the pulse is irregularly irregular in nature.  The cause of atrial fibrillation includes pulmonary embolism, thyrotoxicosis, sepsis, rheumatic heart disease, and ischemic heart disease including MI. A proper investigation and history of the patient are required to label the atrial fibrillation as a cause of heart disease.

It is the worst and most serious complication of congestive cardiac failure. It occurs when the hydrostatic pressure is increased as compared to pulmonary pressure. The main symptom of pulmonary edema are sudden onset of shortness of breath, increased rate of breathing, Sounds while taking breath and decrease in oxygen saturation of less than 90%.

Stenosis is a condition that is characterized by the narrowing of the mitral valve orifice. The narrowing leads to decrease ejection of blood into the left ventricle and as a result, there is hypertrophy of left Atrium and it is dilated. The most dominant symptom of mitral stenosis is difficulty in breathing on exertion. The patient suffers from chronic fatigue due to a decrease in cardiac output. There is left atrial enlargement and as a result, this area presses on esophageal and the patient suffers dysphagia or difficulty in eating. There is hoarseness of voice as the enlarged left Atrium press on the recurrent laryngeal nerve. The patient suffers palpitations due to atrial fibrillation as the left Atrium is dilated, muscular walls stretch which initiates the pacemaker and it causes atrial fibrillation.

Aortic stenosis is the most common heart disease and it is characterized by stenosis of the aortic valve. As a result, there is a blockage of the outflow of blood. The blood is not able to pass from left Atrium to the left ventricle and as a result, it results in left ventricular hypertrophy. The most common cause for aortic stenosis is calcification of aortic valve or congenital bicuspid aortic valve. Aortic stenosis presents with chest pain and it is the most common heart disease symptom of aortic stenosis. Chest pain has a gradual onset and Rises slowly. It is substernal in nature and occurs for more than 30 minutes. the pain radiates to neck and Shoulder and is constricting or compressing in nature. It is followed by a loss of consciousness. It may also present a sudden cardiac death.

hypertrophic cardiomyopathy is the group of conditions that are inherited and it is associated with hypertrophy od myocardium. It is the most common cardiomyopathy. And the most common cause is a mutation in sarcomere genes. The heart disease symptoms for hypertrophic cardiomyopathy include difficulty in breathing on exertion, exertional chest pain, arrhythmias, syncope or loss of consciousness, palpitations, sudden cardiac death. Sudden cardiac death is the most common presenting symptom in young athletes. One of the signs for dilated cardiomyopathy is murmurs. Ejection systolic Murmur is heard at the left lower sternal border and it occurs due to left ventricular outflow obstruction. There is also a pansystolic murmur which is best heard at the apex and it occurs due to mitral regurgitation as valves are rendered incompetent due to the dilation of the myocardium.

Pericarditis means inflammation of the pericardium. The most prominent symptom is chest pain which radiates to neck, jaw, and arm and the patient has positional Sitting as the pain increases by lying straight, coughing. The patient is seen sitting up and leaning forward. This is referred to as the position of sitting of the patient. The heart sounds are faint and the apex beat is not localized. However, the pulse is regular.

Aortic dissection is characterized by tearing of the inner wall of aorta which is called Intima and it results in an excavation of blood into the tunica media, which is the middle layer of the aorta. The wall is split into two layers which causes the space between two layers and it is referred to as aortic dissection. The main heart disease symptoms for aortic dissection is the asymmetry of pulses, hypertension, increased risk of cerebrovascular accidents, congestive cardiac failure, loss of consciousness, hypotension, and shock.

Of all the cardiovascular events, the main heart disease symptoms are chest pain, difficulty in breathing, loss of consciousness, palpitations or sudden cardiac death. You should seek medical help as soon as you suffer any of the above mentioned heart symptoms so that your doctor may investigate you for the cause which will lead to the proper treatment of your heart disease.

Does Mayo Have Dairy? Yes Or No