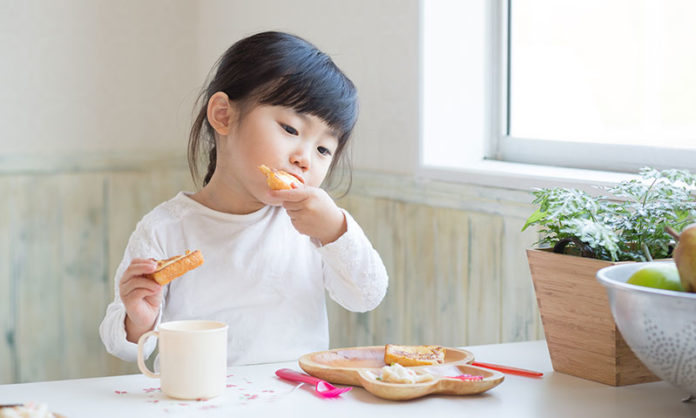 What Is Pathogenesis For Celiac Disease?

Celiac disease in children is characterized by t-cell and IgM mediated response against gluten in genetically susceptible individuals. It has the highest chance of occurrence in infancy. Celiac disease in children has a genetic tendency and is associated with HLA-DQ8 and HLA-DQ2. Intestinal damage is due to T cell mediated response to gluten and gliadin component of the diet and as a result, the small intestinal Villi undergo atrophy and there is hypertrophy of the crypts. There is an infiltration of lymphocytes and plasma cells inside the mucosa.

What Are Symptoms For Celiac Disease In Childs?

The clinical feature of celiac disease in children occur between 6 months 2 years of life. It is the age when the weaning is started to children and diet containing wheat products are given. If the weaning is started late the symptoms of celiac disease in children occur late. The main symptom is diarrhea and it is due to atrophy of Small intestinal mucosa and malabsorption of Nutrients. The child suffers from recurrent vomiting, gross weight loss and failure to thrive. There is Iron deficiency anemia due to Iron absorption the child may suffer from rickets osteoporosis due to decrease malabsorption of Vitamin D and Calcium. There is muscular atrophy as well.

Celiac disease in children leads to a variety of Neurological symptoms which are irritability, calcification in cerebrum, and fits. Due to decrease absorption of Vitamin D and Calcium child suffers various hormonal symptoms which include delay in puberty, constitutional short height, and increased level of parathyroid hormone. The celiac disease leads to dermatological symptoms such as a rash on extensor surfaces of elbows, front of the knee, back,  buttocks, thighs, and scalp. There is idiopathic pulmonary hemosiderosis in children suffering from celiac disease.

How to Diagnose Celiac Disease in Childs?

Diagnosis of celiac disease in children is based on a combination of symptoms, antibiotics, Duodenal Histology, and HLA of the child.

What Are Differential Diagnosis For Celiac Disease?

The differential diagnosis for celiac disease includes other malabsorptive syndromes like

What Is Treatment For Celiac Disease?

What Is Prognosis For Celiac Disease?

When gluten free diet is started, clinical and histological recovery is seen as early as one week and one year respectively. Initially, the diarrheal symptom of the child subsides and there is also improvement of mood and appetite. In long standing cases of celiac disease in children, the lymphoma of small intestine occurs. Other complications of celiac disease may be prevented by dietary treatment.

WHEN TO SEEK MEDICAL HELP?

City Cycling & COVID-19: What Are the Rules in Los Angeles

Riding a bike is one of the best ways to get out and about...
Read more

Interested in Invisalign? Here’s How You Can Save on Costs

Invisalign – What is it? Invisalign clear tray aligners (or Invisalign for short) are an...
Read more

Here Is How Olive Oil Can Replace Some Of Your Skincare Products: Home Remedies For Your Skin