It is the condition that occurs when the child is not able to cry after birth for about more than 15 minutes. The child suffering from birth asphyxia will have irregular heartbeat, irregular breathing and he will not respond to stimuli. It causes decreased blood flow to the brain and as a result, the neurotransmitters are released which plays a critical role in the damage of CNS. Cardiac output is decreased and the child is prone to suffer from death due to cardiac arrest.

It can be diagnosed at birth as bradycardia, tachycardia, or ultrasound. The meconium is thick in liquor which indicates a high risk of birth asphyxia. The baby’s appearance becomes blue, the heartbeat is absent, there is no response to stimuli, the muscle tone becomes limp and respiratory effort becomes zero.

Bronchiolitis is the inflammatory disease of the bronchioles and it is one of the commonest causes of baby breathing problems. It usually occurs below two years of age and the peak age for the onset of bronchitis is six months. Baby boys are more prone to suffer as compared to baby girls and it is less common in breastfed babies.

It is a viral disease that occurs due to respiratory syncytial virus and it causes upper respiratory tract infection and the child develops a cough, breathing difficulty, vomiting, Shallow respiratory rate, flaring of nostrils, using of accessory muscles for respiration, subcostal, and intercostal retractions. The liver may be enlarged as a result of depression of diaphragm due to hyperinflation. This condition can be prevented by immunizing the child and frequently washing hands to lessen the transmission.

Pneumonia is the inflammation of lungs parenchyma and it causes consolidation of the lungs bases. It is more common in children and occurs mostly due to pneumococcus and Streptococcus infections. The child suffers from high grade fever, becomes drowsy, restless, the respiratory ratio becomes 2: 1 as compared to heart rate, nonproductive, cough flaring of nostrils, intercostal and subcostal retractions. Some babies diarrhea and abdominal pain. It can be prevented by vaccination of the child on time.

Croup is the term which is used when the baby suffers from respiratory distress, cough, hoarseness of voice as a result of some obstruction in the region of the bronchus. It is one of the most common causes of baby breathing problems occurring due to the parainfluenza virus. The patients with croup are between 3 months to 5 years of age and its peaks in the winter season.

Symptoms of croup are worst and night and it has a gradual course. Initially, the child suffers from cough, low grade fever, and cold. The cough in 24 hours become barking and causes chest retraction. The symptoms usually decrease in 3 to 7 days.
Mist therapy, cold and humidified oxygen, dexamethasone injection, and nebulizing him with epinephrine treats this condition.

Pharyngitis occurs due to inflammation of the pharynx and causes redness, ulcers, or vesicles and swelling. It can occur due to viruses or bacteria and causes high risk of baby breathing problems. The child suffer from cough, high grade fever, edema, sore throat, and neck pain. In bacterial pharyngitis, the child may suffer enlargement lymph nodes and swelling of the neck. Blood culture and complete blood cell count may help to diagnose this condition.

The treatment for pharyngitis is symptomatic. Anti fever and analgesics are given to treat the fever. Steroids are sometimes given to treat upper airway obstruction.

Other conditions which may cause the baby breathing problems are

HOW TO DIAGNOSE BABY BREATHING PROBLEMS?

Complete blood count- the blood count is usually raised in case of infections. Leukocytes and neutrophils are increased more commonly and pneumococcal diseases.

Chest X-ray may be performed to rule out pneumonia and bronchiolitis. It also rules out pleural effusion which is the presence of fluid inside the lungs bases. It can show the consolidation in the case of pneumonia.

Blood culture is usually done to rule out the infection.

If the breathing problems are accompanied by sputum production, Gram staining of expectorated sputum is done in older children.

If the chest x-ray shows the presence of fluid, it is aspirated to examine the fluid.

Tuberculin skin test is done to rule out the child suffering from tuberculosis.

ASO (anti-streptolysin O) titer- If the patient is suffering from streptococcal pneumonia, ASO titers are really helpful to diagnose the disease.

When tO Seek Medical Help?

If the baby’s breathing problem is accompanied by high-grade fever, cough, chest retractions, increased or decreased heartbeat, increased or decreased respiratory rate, you should not wait to seek medical help. Your doctor will examine your child and ask you to perform some diagnostic tests which can help him to rule out the disease-causing respiratory distress. You need to be compliant with the treatment so as to treat the breathing problems. 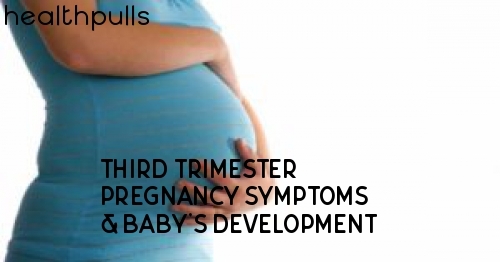